Michael grew up in Clinton, New Jersey and Roswell, Georgia. Michael graduated college on the plains of Auburn University (aka. God’s Country). He has been blessed with the passion to run and race in triathlons and marathons and has completed over 40 triathlons, marathons, ultra-trail marathons,  1/2 Ironman, The New York City Marathon, The Disney Marathon and the Florida Ironman!

Running is seen as a God given gift, passion and talent. So Michael’s focus is to sow that talent every where he goes. Michael and his wife Allison are active members of World Harvest Church in Roswell, GA, where they have developed their passion for God and compassion for people around the world through various mission efforts. Since 2008, Michael has traveled on 10 different mission trips ranging from Israel to South Africa.

Michael is the race director of multiple local metro Atlanta events and road races as well. Most of Zulu Racing’s events are focused on raising money for mission efforts to the Dominican Republic and South Africa; along with new high end shoe distribution throughout the communities locally and globally thanks to his work with Flagshare Outreach.

Michael is also a graduate from the World Harvest Bible Institute with an associates degree in Biblical studies.  He serves on the Missions Board for Foundation Love Your Neighbor and is an ambassador with lululemon athletica’s community outreach program. His vision for Zulu Racing also impacts the ministries of Flagshare Outreach, Roswell Day of Hope, Matthew Russell Foundation, LCM – South Africa and Foundation Love Your Neighbor – Dominican Republic.

Tom is  from Saginaw, Michigan and came to the Atlanta area in 1990.  He works as a CPA and Financial planner and owns his own business.

Tom has been into physical fitness since his early twenties.   As a Christian, Tom has always felt that the Lord wants all of us to be balanced in our various endeavors and especially to take care of the bodies He has given us.   As well as dabbling in three triathlons, Tom has competed in over 200 races of various distances from the mile to the marathon.   He has completed 14 marathons including the coveted Boston, as well as, Philadelphia, Detroit and Ottawa.  Tom is a big supporter of  the Christian Runners organization because he believes it is a blessing to be involved with like minded people.  Tom is part of the Zulu Racing organization because he believes that  Zulu has a work ethic second to none.  If running isn’t enough, Tom also is a Master in Tae Kwon Do (4th degree) in which he has been involved for over 12 years.  Tom and his wife, Linda, live in Woodstock GA.

Aaron Fender grew up in Miami, Florida. He graduated from Lassiter High School and is currently enrolled at Kennesaw State University.  He enjoys running 5Ks and has begun preparations training for his first half marathon. He is an active member of World Harvest Church in Roswell, GA. Aaron especially loves the Big Pumpkin Run race, considering he once was a scholarship recipient for the race. It brings him great joy to sow seed back into a movement that’s responsible for shaping his desire for spreading the love of God across the nations. Aaron has traveled to South Africa, Belize, and the Dominican Republic on various mission trips. Aaron helped coordinate the annual race for the South Africans in 2013 and is excited to head back and further spread the Good News of Jesus Christ and a passion for running!

To operate with integrity in all facets of our business.
To provide the best in class for all products, merchandise and service.
To honor God as our source of all success.
To strive in advancement through new, fresh and creative ideas.
To gain market share by respecting our clients and offering them a competitive cost.
To focus on the community and always give back. 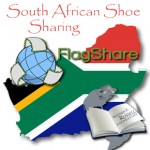